APPG for Armenia stand up for peace

On 23rd July, Tim Loughton MP, Chair of the All Party Parliamentary Group (APPG) for Armenia, wrote a letter to the Foreign Secretary Dominic Raab calling on the UK to take action against Azerbaijan’s aggression. His letter was signed by the officers of the APPG: Baroness Caroline Cox and the MPs Andrew Rosindell, Feryal Clark, James Gray MP Mark Pritchard.

You can read their letter below: 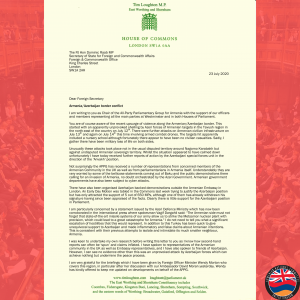 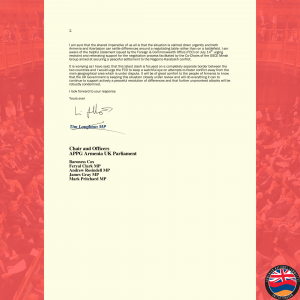