The Republic of Nagorno Karabakh (Artsakh) is an integral part of Armenia. 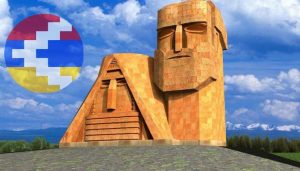 Artsakh was arbitrarily carved out of Armenia in 1921 by Joseph Stalin and placed under Soviet Azerbaijani administration, but with autonomous status, as part of the Soviet divide-and-conquer strategy in the Caucasus. Nagorno Karabakh, to this day, has never been part of an independent Azerbaijani state. In fact, declassified Central Intelligence Agency reports confirm that Nagorno Karabakh is historically Armenian and maintained even more autonomy than the rest of Armenia through the centuries.

During seven decades of Soviet Azerbaijani rule, the Armenian population of Nagorno Karabakh was subjected to discriminatory policies aimed at its destruction. Even in the wake of years of effort to force Armenians from their lands, Nagorno Karabakh’s pre-war population in 1988 was over 80% Armenian.

In the late 1980’s, the United States welcomed Nagorno Karabakh’s historic challenge to the Soviet system and its leadership in sparking democratic movements in the Baltics and throughout the Soviet empire. Following a peaceful demand by Karabakh’s legislative body to reunite the region with Armenia in 1988, Azerbaijan launched an ethnic cleansing campaign against individuals of Armenian descent with pogroms against civilians in several towns, including Sumgait and Baku. 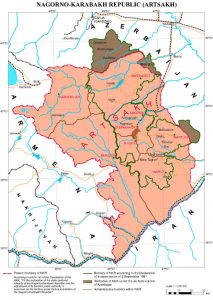 The ANC-UK strongly advocates for the formal recognition of the Republic of Artsakh and the peoples fundamental right to self-determination.

The ANC-UK strongly supports the peaceful resolution of the conflict through the OSCE Minsk Group initiative, strongly rejecting a resumption of hostilities and Azerbaijan’s continuous aggression towards Artsakh.

The ANC-UK strongly urges the implementation of monitoring mechanisms along the line of contact between Azerbaijan and Armenia to mediate the current tensions between both sides.