Britain and the Armenian Genocide 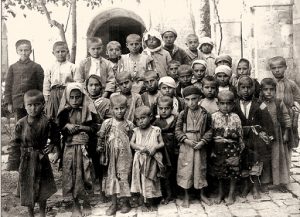 When news of the Armenian Genocide reached Britain through eyewitness accounts and through the Blue Book published by Arnold Toynbee, the pain and suffering of the Armenian people caused great consternation throughout the country.

In 1914, two humanitarian funds were created: the Armenian Refugees’ Lord Mayor’s Fund, as well as the Armenian Red Cross and Refugees Fund. The Armenian Orphans Fund was founded in 1918. The Aremnian Refugees Lord Mayor’s Fund received large donations from Save the Children Fund after 1919, for the support of orphans in Armenia and Turkey. These organisations were involved in saving the survived Armenian children from impending death and bringing them out of the Ottoman border.

Ottoman Turkey’s defeat during the First World War (WWI) and the ensuing Mudros Armistice, signed on 30 October 1918, brought a glimmer of hope to the exiled Christians. However, the disunity of the European Powers towards the defeated Ottoman Empire and the establishment of a Turkish nationalist movement in 1919, thwarted any attempts to protect the safety and security of the surviving Armenians. While the end of WWI brought peace to the belligerent nations, the Armenians continued to suffer renewed persecution. The desperate plight of the Armenians intensified the mobilisation of humanitarian activism back home in the UK during the interwar period. 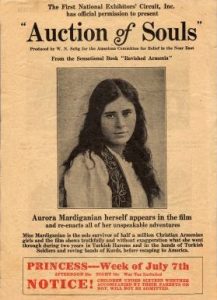 In 1920, a movie called the Auction of Souls was shown throughout the UK, which was based on the story of Aurora Mardiganian, an Armenian girl who had survived the Armenian genocide. The film was first screened in London and in 2910 was shown twice daily for three weeks at the Royal Albert Hall. Sir James Bryce gave high appraisals to all the frames.

Many English were at the forefront in providing relief to the survivors of the Armenian, Greek and Assyrian Genocides who found refuge in Greece, Syria, Lebanon and Armenia.

The cultural genocide against religious and ethnic minorities are still carrying on to this date in Turkey. Many Armenian Churches are consistently being demolished. Some of these churches go back to 6th Century.

In 1974 UNESCO stated that after 1923, out of 913 Armenian historical monuments left in Eastern Turkey, 464 have vanished completely, 252 are in ruins, and 197 are in need of complete repair.