Write to your MP

Your local member of parliament has a duty to represent you. Take Action Now!

Writing to your MP is so easy and takes less than 30 seconds!

We’ve drafted an email that you can send to your MP asking for their support for Armenian Genocide Recognition.

All you need to do is: 1. Enter your name, e-mail, postcode, and the first line of your address (your details will be automatically populated in the text of the email)

2. Click ‘LOOKUP MP‘ and you’ll see your MP’s contact details and a pre-prepared letter (your MPs details will be automatically populated in the text of the email)

3. Read the pre-prepared letter and edit it if you wish (optional)

4. Click ‘SEND‘ and the email will be sent straight to your MP

The Armenian National Committee of the United Kingdom would like to keep you updated on the outcome of this letter, please tick below if you would like to hear from us and receive our newsletter 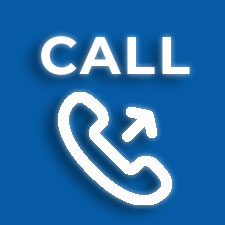 1 - Call your MP
click here to initiate a call

Call Script Hi, My name is [NAME] from [CITY] and I am calling to you as a resident of your constituency of Armenian descent to ask you to support Early Day Motion 37, calling for the UK Parliament to recognise the Armenian Genocide. 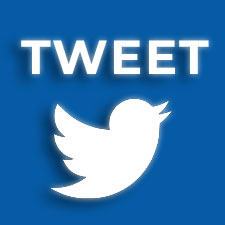 .{{mpTweeter}} as your constituent, I am asking you to support Early Day Motion 37, calling for the UK Parliament to recognise the #ArmenianGenocide 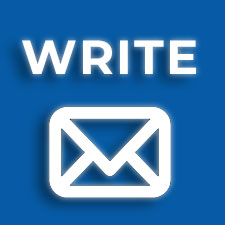 3 - Write to your MP
click here to send this email

If your browser does not support this functionality, use the following email address and the text below. If you wish, feel free to customize the subject line and letter.

Here is a sample subject line: Support Early Day Motion 37, calling for the UK Parliament to recognise the Armenian Genocide

Here is a sample letter:

I am writing to you as a resident of your constituency of Armenian descent to ask you to support Early Day Motion 37, calling for the UK Parliament to recognise the Armenian Genocide.

This 106-year-old crime is no less relevant today than in 1915, with similar atrocities taking place against other ethnic minorities, including the Uyghurs in China. It is incumbent on the UK Parliament, known globally for upholding the principle of international rule of law and addressing crimes against humanity, to follow US President Biden in formally recognising the first genocide of the twentieth century.

The Armenian Genocide was the systematic mass murder and ethnic cleansing of an estimated 1.5 million ethnic Armenians from Anatolia and adjoining regions by the Ottoman Empire. There was widespread international recognition and condemnation of the events at the time. In 1915, Britain, France and Russia vowed that all members of the Ottoman government would be held personally liable for what was described, for the first time, as a ‘crime against humanity’ and similar commitments were made in the US. And yet, the search for justice for the Armenians continues. Raphael Lemkin, who coined the term ‘genocide’, argued for the murderous repression of racial groups to be defined as an international crime to prevent the repetition of the slaughter of Ottoman Armenians, which he saw happening under Nazi Germany against the Jews. Many of the elements Lemkin subsequently outlined in his 1944 book on genocide, which ultimately led to the 1948 UN Genocide Convention, were, he argued, present in the Ottoman Turk persecution of the Armenians. In the first case on interpreting the Convention, the US submitted to the International Court of Justice that “the Turkish massacres of Armenians were one of the outstanding examples of the crime of genocide”.

Britain is one of the few leading European countries that does not recognise the Genocide, contradicting the scholarly work of serious historians and evidence that can be found in British archives, such as the public and foreign office records. The UK Government and Parliament pride themselves on being upholders of global conscience. The House of Lords Committee on Soft Power and the UK’s Influence, for example, recognises and lauds the impact the right UK decisions can have worldwide, and the importance of upholding the rule of law. For the UK to maintain its position of denying the legal crime of the Armenian Genocide, against unequivocal evidence of its occurrence, is untenable and unconscionable when similar acts are being played out around the world.

In light of ongoing genocides in other parts of the world today and the continuing situation in the South Caucasus, the UK must stand up for the truth. Helping Turkey accept the reality of this crime is the first step towards righting these wrongs, seeking compensation for the descendants of those murdered, and ultimately normalising relations and achieving reconciliation with the Armenian community both inside Turkey and around the world.