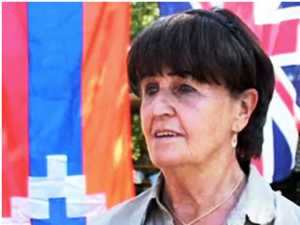 Greetings to the brave and gracious people of Artsakh on this 29th Anniversary of Independence.

It is my pleasure and honour to send you a message of congratulations on the 29th Anniversary of Independence.

As I had the great privilege of visiting you many times in the dark days of war, when you were protecting your historic land from Azerbaijan’s attempt to carry out ethnic cleansing, I witnessed some of the suffering you endured – including 400 Grad missiles a day fired onto Stepanakert from Shushi, the massacre at Maraghar  and the anguish of children shredded by cluster bombs.

Your Independence was achieved through the heroism of all your people: the soldiers on the frontline facing the massive Azeri military forces; the courage of women and children forced to shelter in basements and cellars and then to carry out daily life with aerial bombardment including fast fighter jets.

I always say the world owes a great debt of gratitude to the people of Artsakh for holding a frontline of faith and freedom for the rest of the world.

Subsequently, you are rebuilding Artsakh with beautiful architecture – again, as I always say – fulfilling the spirit of Armenia, creating beauty from the ashes of destruction.

May God send abundant blessings on all the people of Artsakh today and always,

With my profound admiration, appreciation and affection,